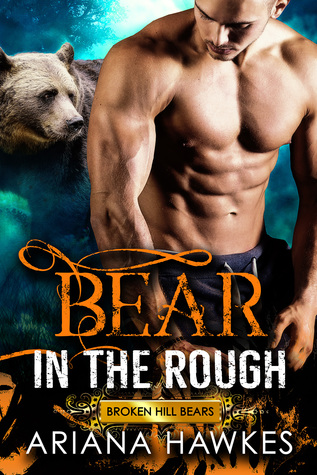 TITLE: Bear in the Rough

New world. New clan. Sexy new bunch of rough and tumble shifters. Are you ready for the Broken Hill Bears to fight for your heart?

Returning military hero Xander Silvester is the new Alpha of the Broken Hill Bears – an infamous wrestling clan. But not everyone’s happy with his father’s choice, least of all his older brother Maximus, who believes he’s been cheated out of his rightful place. Xander is hellbent on proving himself, but when his clan accidentally kidnaps three human females, he’s left with a terrible dilemma that threatens his leadership – especially when one of the women is sexy, feisty and hates as much as she wants him. Xander is torn between what his heart wants and what’s best for the Broken Hill Bears.

Freya Wright is hiking the entire west coast of the USA with two close friends, hoping that the challenge will help her find the inner peace she’s lacked ever since her father abandoned her as a child. Instead she finds herself kidnapped by the terrifying bear wrestlers and told they can never leave. She’s determined to fight it every step of the way, but resisting the muscle-bound Alpha with the smoldering dark eyes proves to be her biggest challenge of all. The longer she’s held captive, the more she sees in the charismatic and powerful Xander. Now, it’s up to Freya to decide where she really belongs. Will she run like hell from Broken Hill, or will she choose a life with a bear in the rough?

Xander and Maximus are brothers. Xander was asked to come home by his father the alpha. What could his father want? What will he decide to do? Will there be repercussions from that decision?

Eloise, Freya and Martin are going on a life changing hike. Will they make it to the end? What could possibly go wrong?

Freya goes to a fight where she sees Xander what will happen? When they are back on the trail do they run into any issues? Will they see any bears?