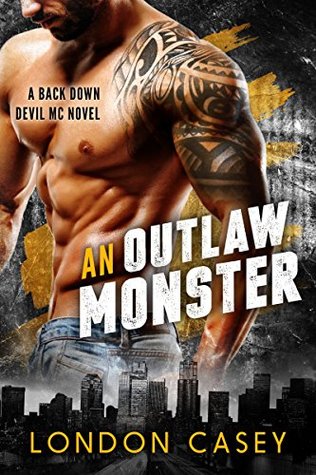 SERIES: Back Down Devil MC #10

Daurian Charter of Back Down Devil MC, Book 1

She was going to kill one of my brothers… so I was sent to stop her – by any means necessary.

This is the story of how she ended up my old lady, wearing my ink, and wearing a damn engagement ring.

Someone’s taken out a hit on one of our members. As the club’s enforcer, it’s my job to stop the killer and I’m ready to do whatever it takes… until I come face to face with the assassin. Harlee is five feet four of hot-headed trouble with curves that won’t quit. One look into those green eyes and I know I can’t kill her… but I can’t let her go, either. To save her and save the club, I do the only thing I can: put a ring on her finger.

But now I’ve lied to my brothers and I’ve got a woman I’m crazy about sleeping in my bed. Our relationship is fake but the way I feel about her is real… and so is the danger we’re in. We’re both now targets of a rival MC just as a crucial deal for Back Down Devil MC is underway. I want Harlee to be my woman for keeps, whoever I have to kill to make that happen.
~*~
London Casey is the pen name for bestselling romance author Karolyn James

We meet Harlee and Trent. Harlee is in a different MC but she wants out. She is stopped from leaving and then given a job to do. Will she do the job? Trent is told to stop the death of one of his brothers and is surprised by the assassin. Will he let it play out or stop it? Will he protect her or kill her? Will they ever get out of the whole there former President got them in? What is next for the MC?