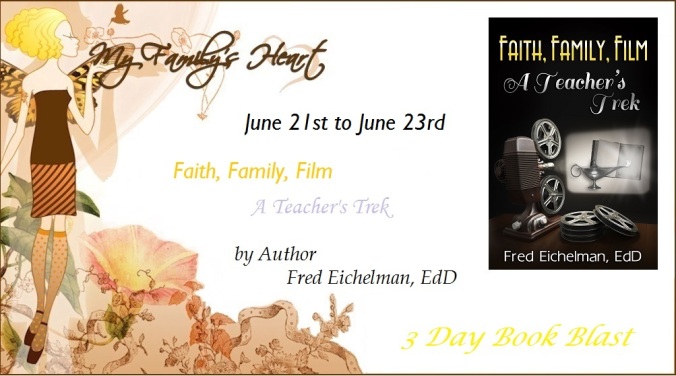 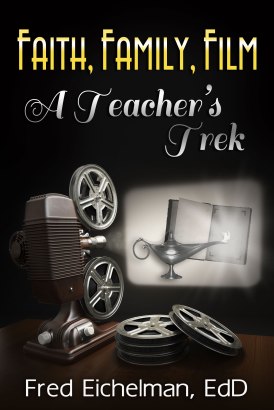 Discover a hidden, heartwarming side of Hollywood and politics you never knew existed.

Faith, Family, Film: A Teacher’s Trek describes the worlds of entertainment, literature, and politics as experienced by the author during his lifetime. Dr. Eichelman reveals how films and television programs influenced his growing up, his teaching career, and his Christian ministry by reflecting upon the beautiful souls who throughout their storied careers have touched numerous lives, not just his own. His anecdotes feature such personalities as John Wayne, Roy Rogers, Elizabeth Taylor, Jimmy Stewart, Rhonda Fleming, Ronald Reagan, Andy Griffith, several Star Trek cast members, and many more celebrities well into the twenty-first century. The introduction by actress, producer, and motivational speaker Nancy Stafford promises that Dr. Eichelman will take you “where no man has gone before,” a promise that he delivers upon in charming, “come in and set a spell” Southern storyteller fashion.

NOTE – The Kindle Edition Will Be Free Worldwide During This Tour

One night there was a late phone call from Doc Jones. “Al, Ann, I need a favor. I am taking care of too many sick animals right now, and I have a man here with a pair of dogs he brought from Germany. Rex and Regina. Never seen anything like them. Regina is about to deliver; could you two come over here?”

Of course my parents agreed.

To their surprise they found the dog owner to be Pulitzer Prize–winning author Louis Bromfield. His home was originally in Mansfield, Ohio, but he also had a home in Hollywood, California, and until recently one in Paris, where he had lived a few years. My parents were very familiar with Bromfield, as his books were widely read, and two were made into successful films, The Rains Came and Mrs. Parkington. Bromfield had recently been in Germany and had seen a new breed, Boxers. Boxers were the result of the interbreeding of Bullmastiffs and English Bulldogs and were considered perfect working dogs.

At that time Adolph Hitler was taking control of the German government, and Bromfield knew that if he didn’t bring these dogs to America quickly, he might not get another opportunity.

Al and Ann were happy to help out, and Louis Bromfield was especially pleased that my mother had read several of his books and was a fan. It was a perfect delivery of puppies and he thanked them profusely. Then Bromfield said, “Take your pick of the puppies.” Surprised as they were, they did not hesitate, and four weeks later a female puppy was delivered to their home. 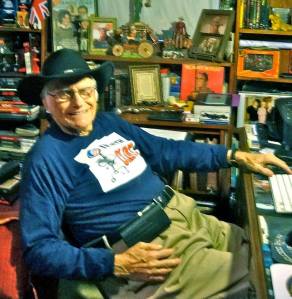 Dr. Fred Eichelman is a retired Virginia public school teacher whose career spanned four decades. He is a graduate of Bridgewater College, with a Master of Education degree from the University of Virginia and a Doctor of Social Studies Education degree awarded by Virginia Polytechnic Institute and State University. Dr. Eichelman is the author of three history and government textbooks and a science fiction novel, Valerie in Giantland. He has written for several print magazines and has served as a book and film reviewer. He is on the board of directors for Point North † Outreach Ministries and editor of its publication, Point North † Tidings.

Author Photo – His wife, Carolyn Eichelman, is the photographer (copyright 2015)