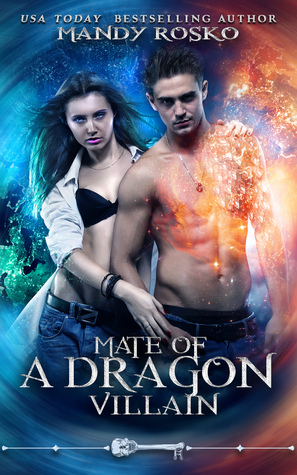 TITLE: Mate of a Dragon Villain

Amanda always had a soft spot for the bad boys in her romance novels, she never expected to fall for the villain, of course.

After a mysterious skeleton key transports Amanda into a land of dragons, battles and gorgeous heroes, the only thing she wants is to go home. Until she’s rescued by the villain, and shares a kiss that makes her ache in ways she’s only ever written about. Going back to the real world suddenly isn’t so high on her priority list, especially when the handsome villain claims she is his mate.

Hargreave is out for revenge for his slain family when a strange woman falls from the sky, and without another thought, he drops everything to save her.

His enemies conspire against him, and it will take everything Hargreave has to rescue his woman from their clutches. When Amanda claims to be from another world, he doesn’t know if he can believe her, because believing her will mean sending her back…