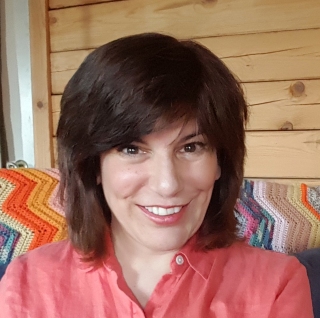 Musician, author, and avid Star Trek fan, Nanette loves anything that challenges her mind and enlightens her spirit. She got the idea for her book series from her faith and love of family. Wouldn’t it be neat to travel back and forth through time to discover hidden powers and your true potential? Nanette thought so, and thus began the Doorway series. Believe is the first of seven books designed to entertain and inspire both young and seasoned readers. She is a frequent hiker at Glacier National Park, loves her dear husband and family, and when she isn’t writing, takes her dogs on long walks.


Q&A with the Author:


1.  What inspired your book?
I always loved The Chronicles of Narnia and Harry Potter. I wondered what would happen if Harry went to Narnia, and so my Doorway series was born. It’s a combination of my faith and the fantasy worlds I love to immerse myself in, taking readers to a world they once knew, a world they long to return to.

2. How do you spend your free time?
I serve in my church and family, conduct a symphonic band, work out, walk my dogs, and I find ways to turn a sad situation into a happy one.
Connect with the Author here:
~ Facebook ~ Website ~ Facebook Group ~

Every great warrior begins by taking a stand. 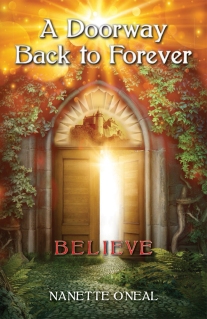 Best friends share everything, right? Unless it’s a secret that could cost them their lives. Robyn and Kit are born with forbidden magic-sense, the power to see and hear beyond Earthly sight and sound. It’s a curse that haunts them, but the girls are strangely drawn to it—could there be more to this power than they’ve been told?
When they spill their secret, it opens a doorway back to Forever—a beautiful realm where magic-sense began. They learn the truth: they have been given a noble gift. It connects them to the Skyborn royalty of this new world. They’ve been summoned back by the forces for good to preserve the kingdom and revive the power where it once flourished—on Earth. It can thrive again, if Robyn and Kit are brave enough to follow.
However, the doorway awakens more than magical fairy-tales. A dark force is unleashed—one that has battled the Skyborn since time began, and it wants the girls dead, the Earth destroyed.
Beyond the doorway is where the adventure begins—trickery, kidnapping, a prison break, rescue teams, sword fights, magical gold-dust, holographic medallions, and singing orbs—but only for those who have the courage to believe.