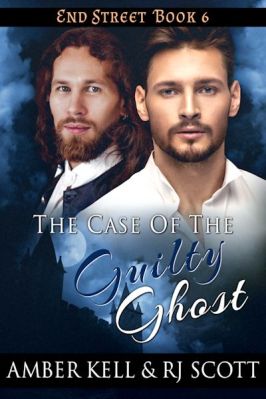 Blurb
Bob is lost in grief, Sam is fighting for his family, and there is no middle ground. Can their love survive?
Bob is grieving over his brother’s sacrifice. Guilt ridden and devastated, he buries himself in vampire mourning and pulls away from Sam. When Bob’s family demands Sam faces the consequences for his part in Ettore’s death, Sam is left to deal with them alone.
Ettore is in the Aset Ka waiting room, next in line for the ceremony where his soul will be torn from his body. But a shocking discovery makes him second guess his entire existence and the choices he has made.
A forgotten past binds Theodore ‘Teddy’ McCurray Constantine III to Ettore and when the curse tied to Ettore is broken by his death, Teddy’s past returns to him with a vengeance.
A royal family in denial, a demonic curse, and long forgotten love, leaves no time for Sam to take a breath. Is it too late to save the vampire kingdom?
Author Bios
Amber Kell has made a career out of daydreaming. It has been a lifelong habit she practices diligently as shown by her complete lack of focus on anything not related to her fantasy world building.
When she told her husband what she wanted to do with her life, he told her to go have fun.
During those seconds she isn’t writing, she remembers she has children who humor her with games of “what if” and let her drag them to foreign lands to gather inspiration. Her youngest confided in her that he wants to write because he longs for a website and an author name—two things apparently necessary to be a proper writer.
Despite her husband’s insistence she doesn’t drink enough to be a true literary genius, she continues to spin stories of people falling happily in love and staying that way.
She is thwarted during the day by a traffic jam of cats on the stairway and a puppy who insists on walks, but she bravely perseveres.
Website: http://www.amberkell.com
E-mail: amberkellwrites@gmail.com

RJ Scott is the bestselling gay romance author of over ninety MM romance books. She writes emotional stories of complicated characters, cowboys, millionaire, princes, and the men who get mixed up in their lives. RJ is known for writing books that always end with a happy ever after. She lives just outside London and spends every waking minute she isn’t with family either reading or writing.
RJ also writes MF romance under the name Rozenn Scott.
The last time she had a week’s break from writing she didn’t like it one little bit, and she has yet to meet a bottle of wine she couldn’t defeat.
mailto:rj@rjscott.co.uk
www.rjscott.co.uk/
www.facebook.com/author.rjscott?ref=ts&amp;amp;fref=ts
www.goodreads.com/author/show/3432558.R_J_Scott
twitter.com/Rjscott_author
www.librarything.com/author/scottrj