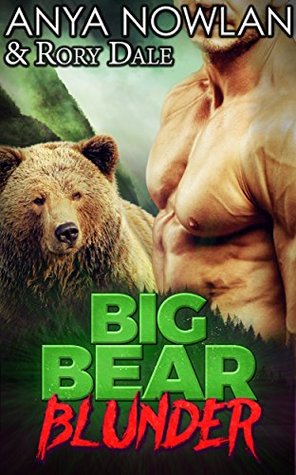 So much trouble in sweet little Sweetwater…

Sara Sawyer has been fine on her own and she doesn’t see why that should change. In the world of truck driving, Sara’s a woman in a man’s world and that has never bothered her. But when her rig breaks down in Sweetwater while delivering an order, she begins to wonder if she’s dealing with more than she can handle for once. Add in a sexy werebear, a pack of problematic werewolves and curvy Sara’s in for a world of trouble.

Everett Grimpaw’s the last of the Alpha bear brothers of the Grimpaw clan. While his brothers are getting married, he’s left in the lurch. But when Sara calls him up one day, this gruff, growly bear might just have met his match.

But not everyone wants to see young love blossom. The local werewolf pack will stop at nothing to tear these two apart and it’s up to Everett and Sara to fight through the web of lies, deceit and intimidation for a chance at love.

Can they do it or will Sweetwater turn into but a sour memory for Sara?

Big Bear Blunder can be read as a standalone and has a guaranteed happy ending, plenty of steam and all the werebear drama you can handle! Pick up this book and get lost in the world of sexy Alphas and the curvy women who love them!

This book was good. We follow another bear as he finds his mate. Will it go smoothly? Will there be any problems? What will happen next?