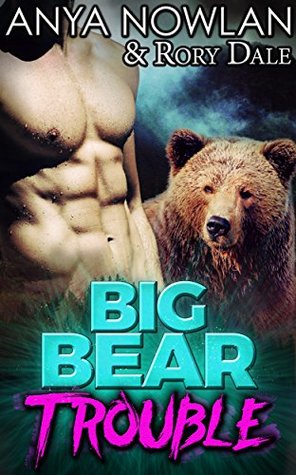 Sweetwater – sweet only in name…

Karen’s not exactly a hopeless romantic. Having gone through college on the back of an exotic dancer career, she’s far and well lost her hope in male decency. Even when she thought she found a man worth his salt, he turned out to be nothing but a stalker creep. So when SassyDate, a dating app, throws her together with a sexy werebear from Wyoming, Karen’s naturally skeptical. But what’s life worth if a woman isn’t willing to take a risk now and then with her heart, right?

And if said risk takes her away from her problematic ex, all the better.

Evan Grimpaw is a big believer in what comes around, goes around. As an underground MMA fighter, that usually means someone’s fist flying towards his face. As one of the Alpha brothers of the local werebear clan, Evan’s seen his share of trouble, but nothing like the kind that walks in right along with the woman of his dreams. One look at Karen tells him he must have her and for once, Evan has something worth fighting for other than his own pride.

With a wolf-bear war waging in the little town of Sweetwater, Karen must find a way to not only escape her fate so far, but change the one in store for her and Evan. Is he worth the trouble, or is it just too much to handle?

Big Bear Trouble is a paranormal shifter romance novel set in small town USA. Each book in the series can be read as a standalone and has a guaranteed happy ending, plenty of steam and all the growly werebears you can handle! And sometimes more than that.

The book was fun. There where some areas that where intense and had you on the edge. Then there was areas that had you laughing you but off. We meet Karen who has bad luck with men and decides to give it one more chance and joins a dating site. Evan has had some bad luck with women and has decided on joining a dating site. They are attracted to each other profiles. As they are getting to know each other they get tested. Will they pass the tests? Will they work things out? What will happen next?