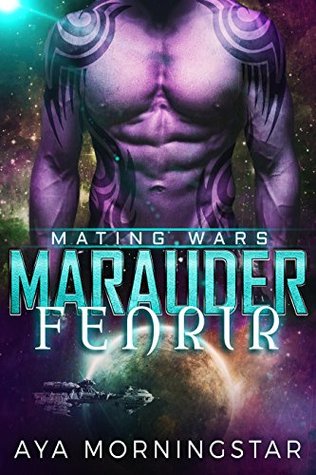 He came to kill, but stayed to claim me.

When the captain throws me in the brig, it feels like things can’t get any worse. But they can. A deadly alien assassin slaughters everyone on our ship, but spares me.

If I want to survive, I’ll have to accept this brutal alien’s protection. He’s frustrating, insufferable, and never admits he’s wrong. And the worst part? He says he wants to kill all humans. But he protects me, fiercely and without question.

His body is a deadly weapon, and he’s vicious and unrelenting. So why has he spared me? And why does he keep looking at me with those jade green eyes and that smug grin?

Falling for this cocky alien killer may just be the one thing that saves me, but who can save me from him?

Marauder Fenrir is the second book in the Mating Wars series, it features steamy sex, thrilling battles in space and on Mars, and plenty of romance. All books in this rock-hard science fiction series can be read as standalones, there are no cliffhangers, and happily ever afters are guaranteed!

This is book 2. We meet Fiona who is Aura’s sister. She is finding her own way to Mars but its a different path from her sisters. She meets Fenrir when he gets on her ship. Can she make him see that the humans can be saved? Will she be able to protect him? Will his shame debt be greater from her help? Will he complete his mission? What will happen next?