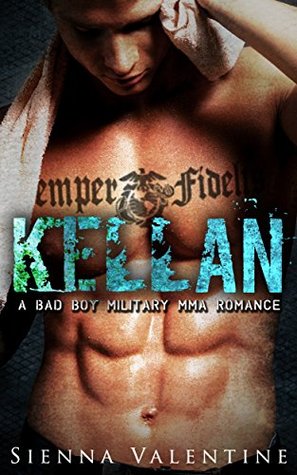 They call me Killer.

Killer Kellan. It’s a name I earned in Afghanistan, before I ever set foot in a ring.

I’ve been a screw-up my entire life, but joining the Marines was supposed to straighten me out. Instead, all it did was make me dangerous.

Now that I was back home, I had nothing to offer anyone but pain. No path in my future leading to anything but misery. You’d think I’d have just accepted my fate. That I would have just learned to be content with banging the random ring girls that were always waiting for me in the winner’s room.

But it wasn’t enough.

Instead, I put it all on the line when Parker fucking Jones showed up in my life.

And now, nothing is ever going to be the same again.

***This is a stand-alone novel with an HEA. It contains adult situations and violence, and although it is a follow-up to the book Slade, you don’t need to read one to enjoy the other. However, as an added bonus, this copy of Kellan includes the entire Slade: A Stepbrother Romance novel anyway!***

This book was great! Great story line. Think we have all fantasize about the hard MMA fighters. Well here is a story about one. Parker is a journalist who runs literally into Wes. From there it is instant chemistry. tons of passion with these two and in the fight scenes. Parker becomes his number one supporter. Like any girl would. The ending happened kind of sudden. I wanted more but this was pretty good. Great job, will be looking for more books.