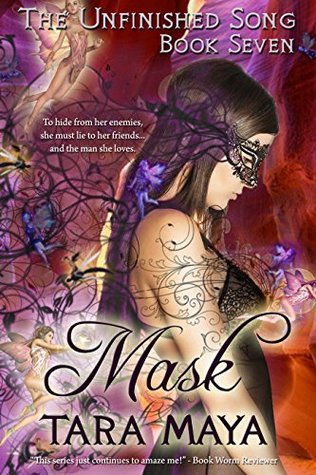 DINDI has defeated her enemies, the Bone Whistler and Lady Death—for now. But they are only in retreat, not destroyed. She knows they will regain their strength all too soon. And they will be looking for her. She won’t be strong enough to face them again until she claims her right as Vaedi. Until then, she must continue to hide her true identity. Dindi has a new ally in the White Lady, but also a new unexpected enemy, who doesn’t believe that Dindi is the true Vaedi, and has vowed to unmask her. But the biggest danger to her is falling in love again with the man who has broken her heart before…Kavio.

KAVIO remembers nothing of who he is or how he lost his memories. He accompanies Dindi to the heart of Faearth, the Rainbow Labyrinth tribehold, where all the most powerful dancers in the land are gathering to compete. The man and woman with the strongest magic will become the new War Chief and Vaedi—the leaders of the tribe—and also husband and wife. Kavio vows to be Dindi’s partner in the contest, even though he knows she cares nothing for him personally. He’s not even sure he can trust her. Unfortunately, he is falling in love with her….
This book is 115,000 words. DRM is not enabled.

WELCOME TO FAEARTH…where humans are trapped between the immortal fae and the minions of Death. But one woman and the warrior who loves her will defy every taboo to protect their people.
This is the sixth book in The Unfinished Song epic fantasy series. Come taste the world of Faearth…

I have to read the others This was a good book as well. I am going to have to get her other books and read up. You can tell the author took her time developing this story with care. just from this book alone, just great. Dindi makes a great heroine.