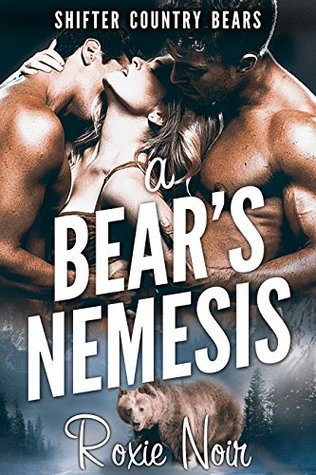 Quinn Taylor has hated shifters for as long as she can remember. After all, her parents lead the world’s most prominent anti-shifter group. Now they’re taking Quinn to protest marriage rights in Cascadia, the shifter state.

Julius Bloom is grizzly shifter and lawyer, mated to the sexy mechanic Hudson Trager. For months Julius has been at the helm of the trial that will determine whether triad marriage is legal – not that the two men have had time to find a woman to complete their own triad.

The morning of the trial is the worst possible time to find the perfect woman – one they can’t resist. Of course, the curvy, gorgeous brunette happens to also be holding an anti-shifter sign outside the courthouse.

When they lock eyes, Julius feels something stir deep within, just as gunshots ring out. He doesn’t think twice. He’ll protect her at any price.

Quinn feels inescapably drawn to the two sexy, dangerous shifters, despite everything she’s been taught. When she overhears a plot by her parents to assassinate Julius, she’ll do whatever it takes to stop it.

Will it be enough, or were Quinn, Julius, and Hudson never fated to be together?

A Bear’s Nemesis is a red-hot, thrilling romance with two men who can’t resist each other, fated mates who risk everything, and tons of spice!

This is part 2. You can read it out of order with no problems. I am :).. This story is riveting you see a woman on a discovery of herself. Learning to think for your self and not to believe everything someone tells you without doing your own research when you are an adult even if it’s from your own parents. Learning that your parents planned a murder because they feel shifters aren’t real people. Standing up for what you think is right. Finding your true loves and trying to make things work.